Travel Habits Throughout The Years

It's no secret that the United Kingdom has consistently been one of the world's most visited countries, bringing over 37 million visitors from all over the world in 2018 alone. But when it comes to being tourists ourselves, where do the Brits like to go? And for how long? And how much money do we spend?

There were over 71 million visits overseas by UK residents in 2018, a decrease of 1% when compared with 2017. We have investigated visits abroad by UK residents between 2014 and 2018, including trends on the number of visits, the purpose of visit, destinations, length of stay and average spend, so there is a clear understanding on how British travel habits have changed throughout the years. What would you like to know more about?

However, in 2018, "Visiting friends or relatives" declined as a reason for travel by 5%, after growing by 32% between 2014 and 2017. This means that either more relatives are moving back home to the UK / foreign UK residents moving back to their home country, or UK residents aren't as forthcoming in visiting their overseas relatives. 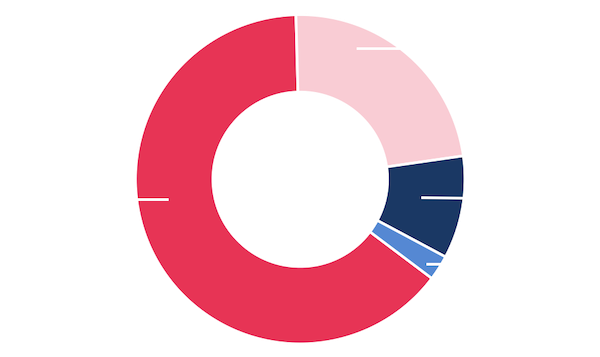 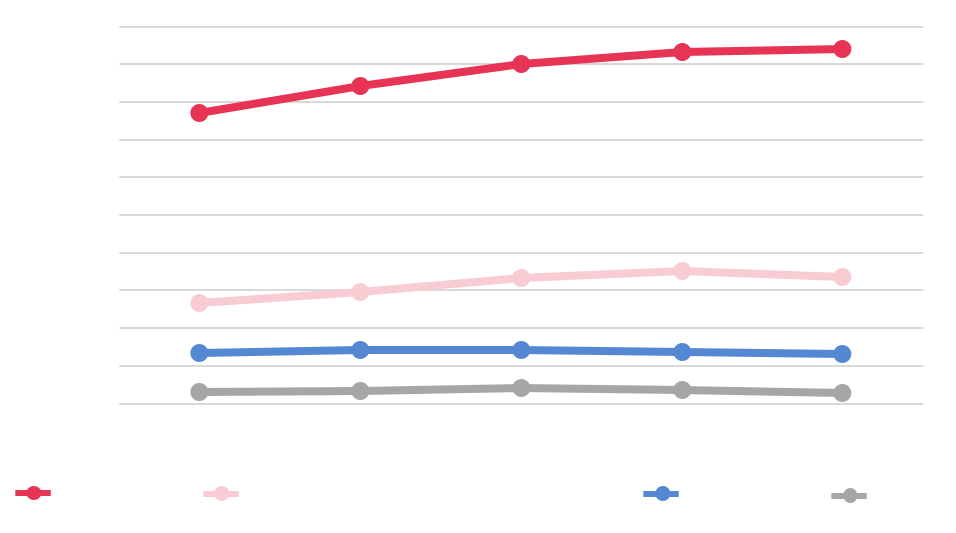 Holiday is the only purpose for travel that has shown consistent growth each year between 2014-2018.

Based on the number of visits abroad, the most popular destinations for UK residents between 2014 and 2018 were: Spain, France, Italy, United States of America (USA), and the Republic of Ireland.

2.1. Destinations That Grew In Popularity

Based on the percentage of growth in the number of visitors from the UK, Eastern Europe has seen the highest growth in popularity, particularly Romania, Bulgaria, Hungary, and the Czech Republic. Moreover, the only non-European country that is included in the top 5 destinations by popularity growth is Mexico.

The five destinations which have seen the largest percentage declines between 2014 and 2018 are Tunisia, Egypt, Luxembourg, Brazil, and Russia.

Italy is the only country in the top 10 most visited that has shown growth as a destination every year.

In 2018, UK residents visiting friends or relatives stayed abroad for the longest period of time (13,8 nights), followed by miscellaneous reasons, holiday, and business. 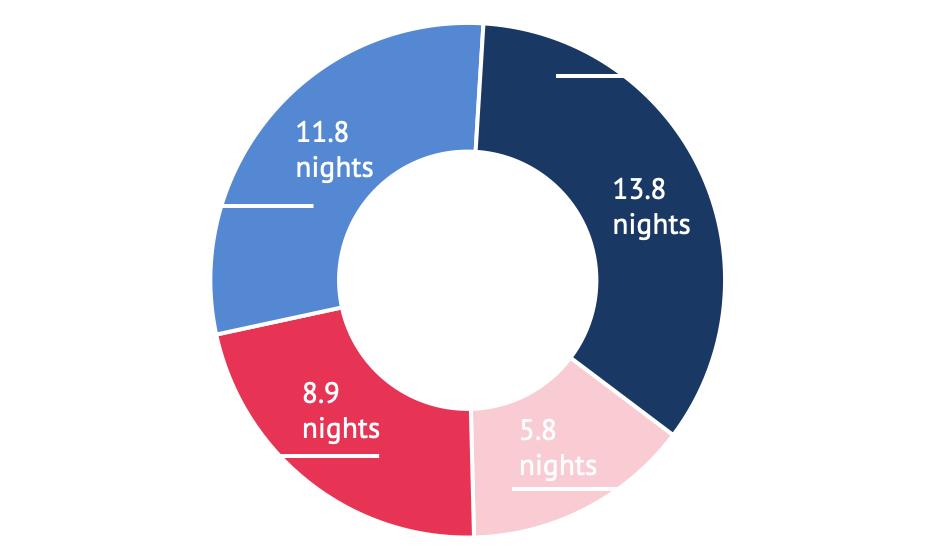 The countries with the largest average length of stay are New Zealand, Pakistan, Australia, Brazil and Thailand, which makes sense given their geographical distance to the UK.

The countries with the shortest average length of stay are Luxembourg, Belgium, Netherlands, Denmark, and Republic of Ireland, destinations well-known for city-breaks.

Average length of stay has only increased for Business trips, and it has decreased for all other purposes.

On their visits overseas in 2018, UK residents spent over £45 billion, which was 1% more than in 2017, but still a much smaller increase than in previous years.

While it is difficult to conclusively say what are the most expensive destinations (since we can't control for differing income levels or cost of products/services in the different countries), we can still draw conclusions on where UK residents spend the most money. The countries where UK residents spent most money abroad, per day, between 2014 and 2018, were United Arab Emirates (UAE), Austria, Luxembourg, USA, and Belgium.

Again, it is difficult to conclusively say what are the cheapest destinations (since we can't control for differing income levels or cost of products/services in the different countries), but we can still draw conclusions on where UK residents spend the least amount of money. The countries where UK residents spent the least amount of money abroad, per day, between 2014 and 2018, were Pakistan, India, Lithuania, China, and Poland.

Brought To You By Flying Scot Glasgow

In the last 4 years, it looks like UK residents have been diversifying their destinations, despite Holiday still being the most common reason for travel. In general, the British spend less time on their trips, with average stays getting shorter, and despite continuing to spend more money year-on-year, the yearly growth in average spend is getting smaller.

Either way, no matter where you are going or how much you plan to spend, next time you need a high-quality, secure airport parking solution 5-minutes away from Glasgow Airport, book with Flying Scot. Trust us with your vehicle and fly worry-free!

Check out the special rate for parking with Flying Scot Glasgow if you book a room through Premier Inn at Glasgow Airport!

Frequent courtesy shuttles operate to and from Glasgow Airport terminal, 24 hours a day, 365 days a year.

We are also delighted to announce the launch of our new Express Personal Transfer service, click below to find out more.

Wondering why you should pre-book your parking at Glasgow Airport, what happens when you return from your trip or anything else? We may already have the answers for you in our Frequently Asked Questions section.